CORONAVIRUS: Stay up-to-date on news that affects your portfolio

When the Securities and Exchange Commission (SEC) rejected a bitcoin exchange-traded fund (ETF) proposal from Bitwise Asset Management last month, few in the industry were surprised…

Over the years, the SEC has rejected similar proposals, and outlined its general concerns in a January 2018 memo. Manipulation risks, accurate valuation, and the ability to meet the demands of a 24/7 virtual currency network were the SEC’s main sticking points.

Bitwise had a solution… It proposed an ETF that would track the firm’s HOLD 10 crypto index, a portfolio of the world’s 10 largest cryptos (based on inflation-adjusted market capitalization).

The fund would provide investors with passive exposure to the crypto market, and is designed to handle crypto-specific events—like hard forks or restricted trading—without the need for immediate action on the part of the investor. And all without the need for crypto wallets or access to third-party exchanges.

In a sense, the ETF would filter out or shoulder some of the chaos and risk that comes with trading cryptos. Its holdings would be adjusted monthly based on current data, and the fund’s value would be updated daily to smooth out any major price fluctuations. Based on these features and the data behind them, Bitwise argued that its fund was “resistant” to manipulation…

The SEC disagreed. Citing Bitwise’s own proposal research, which states that “95% of reported Bitcoin trading volume is fake,” the SEC concluded that, in its current form, a bitcoin ETF would leave investors open to market manipulation and fraud with little recourse or protections.

But days ago, the SEC announced a 30-day reexamination of the decision.

It’s unclear what, if anything, prompted the review. (The agency regularly seeks public commentary and reexamines its rulings, as it is now.) But some see the process as bringing clarity to a system often viewed as a “Wild West” of anonymous outlaws and hackers, approved ETF or not.

As for Bitwise, the company says it remains undeterred. The firm is already compiling data and additional commentary to file within the 30-day window, and views the decision as an opportunity for more research.

And while the odds of a complete SEC reversal in just 30 days are incredibly slim, the reexamination increases the visibility and credibility of the industry.

Bitwise shows you the perfect example of regulatory engagement and education… An appreciation of securities law that was not present in the market one or two years ago. People building in the space are building with regulations in mind.

So, will SEC approval be the catalyst that rockets cryptos out of the “Wild West” and into the hands of Wall Street retail investors? And could 2020 be the year the NYSE sees its first-ever bitcoin ETF? In the COVID-19 market, are bonds any safer than stocks?

The extraordinary market action this past month has turned one of the most basic principles of investing on its head… ...
Read More In the fight against COVID-19, blockchain could be a game changer

According to the International Monetary Fund, China accounted
for nearly 40% of global economic growth in 2019....
And now that engine is completely shut down.It's Time to Panic! 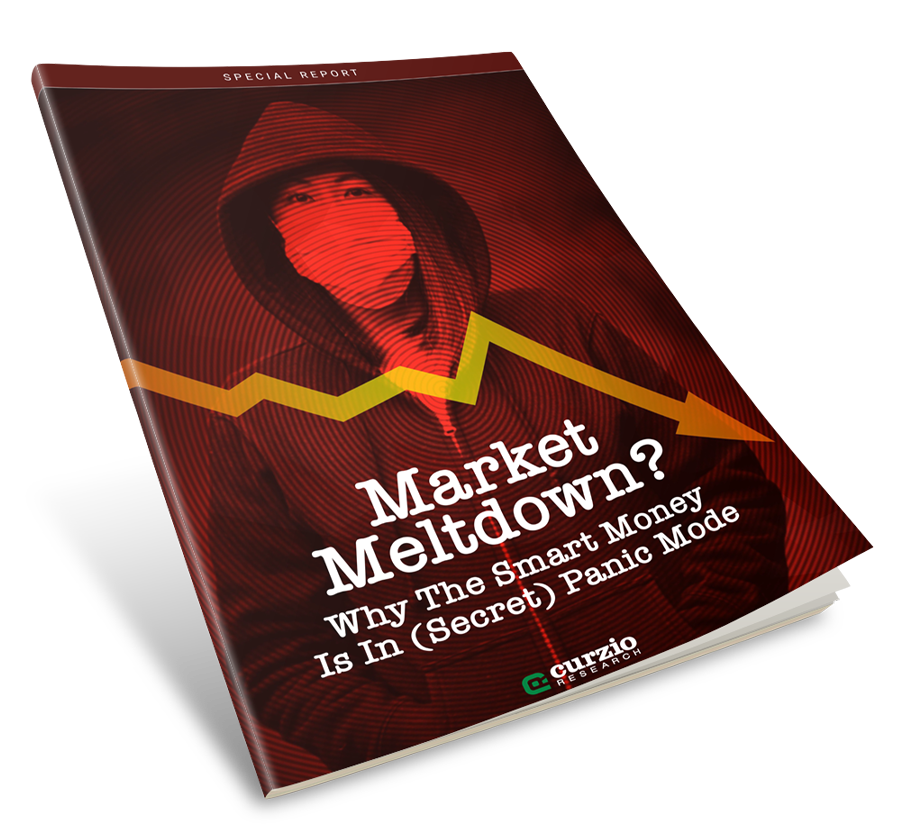