Number of positions, investor experience level and risk/reward vary. These are estimations based on historical data.

This 'Hybrid' Asset Spits Out Cash In Bear Markets Wanna know why most investors lose in a down market?

It’s because they let fear drive them out of stocks…

Even as the best names go on sale.

But as they say, “millionaires are made in bear markets.”

If you can look past your feelings and watch the data…

It’s clear that RIGHT NOW is the time to buy.

And more than 50 years of hard data suggests there’s one asset class you should buy today to maximize your gains coming out of this market.

And they found that, time and again, growth-income strategies have generally “fared best during recessionary periods.”

And she shares her 'hybrid' strategy with Curzio Research readers in her growth-income service, Unlimited Income.

AND give you 30 days to try Unlimited Income completely risk-free.

Genia is a former Wall Street money manager and an award-winning investment newsletter editor. She has over two decades of experience helping clients successfully navigate both bear and bull markets.

Investing in securities involves the risk of loss. Past performance is used as an example and does not guarantee future results. You’ll learn how Genia analyzes company fundamentals, charts, and market data to select each month’s income stock pick… and how to apply this process to improve your own investing strategy.

Weekly market updates and actionable advice to help you navigate any market conditions... and profit like a Wall Street insider.

A compilation of all Curzio market commentary, podcasts, and major financial news of the previous week, delivered every Sunday.

You have a full 30 days to decide if Unlimited Income is right for you. If you’re not 100% satisfied—for any reason—you can cancel within those 30 days and receive a full refund, no questions asked. 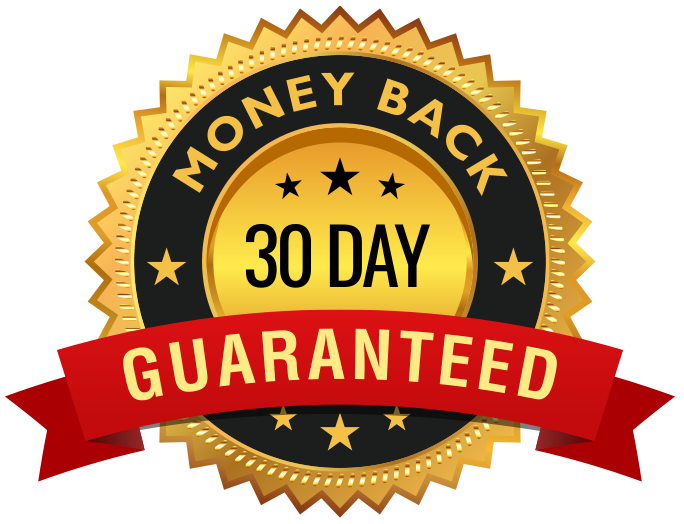 For the past 30 years, investors have watched Federal Reserve interest rate policies as one of the main market-moving events. That’s because the Fed used interest rate hikes as a tool to prevent inflation.

This is about to change.

Last week, Fed Chair Jerome Powell said the Fed would be reviewing its strategy to begin taking into account the economy’s average inflation reading. In years past, the Fed would start hiking rates when inflation accelerated to 2% and above.

For us as investors, that’s a huge change.

By incorporating past inflation rates into its calculations, the Fed will, in a sense, be able to fudge the numbers about whether a rate hike is warranted.

From the perspective of the Fed, it makes sense… why would it want to raise rates in a drowning economy? Even if inflation accelerates, the Fed will be maintaining zero rates for a long time to come.

In any case, what was true in the past (a strong direct relationship between Fed Fund rates and inflation) isn’t so for the future.

Last week’s announcement that the Fed is reviewing its strategies is just another way to pacify the economy… and to tell investors that interest rates aren’t going higher any time soon.  Short- and long-term rates, already at record-lows, will remain depressed for a very long time… and could even turn negative.

As a result, the Fed’s main tools are now money-printing and bond buying.

Already, much of the market advance has been motivated by the Fed’s easy money policies. But there could be more of the same, as the market has realized these policies don’t have an expiration.

Stocks—which are now the only real option for income-seekers—might have a good reason to keep pushing higher even from these levels.

If so, my new portfolio recommendation is poised to benefit. And if the market does pause or reverse its course here, it looks much better than many of its peers. Plus, it just hiked its dividend payout in May, when many other companies were busy cutting theirs.

But I like the idea of a stock that would benefit from a higher market… which is what we can expect from an asset manager.

I also like the idea of owning a stock that’s in the middle of a few major trends—which I’ll discuss in a minute.

Ameriprise will benefit from the higher market… and from the growing acceptance of private wealth management services.

But let’s start from the beginning…

Founded in 1894 and spun off from American Express (AXP) in 2005, AMP has grown into a leading provider of private wealth management services in the country—that segment generates 85% of the company’s revenue.

Today, AMP employs nearly 10,000 advisors and services the financial planning and retirement account needs of more than 2 million individual and small business clients. The company owns Columbia Funds, a highly respected (and profitable) mutual fund issuer…. an annuity business… and (as of 2019) a bank.

We are a leading asset manager with improving flow dynamics

By the size of its assets, AMP is one of the top 10 broker dealers in the country…

And it’s better positioned to benefit from the market than pure-play discount brokerages like Schwab, TD Ameritrade, and Interactive Brokers. This group of largely online brokerages is now engaged in a full-fledged price war—impacting their margins, profits, and ultimately share prices.

But because AMP is not a discount broker, it’s not been impacted by the issues in the sector.

Let’s take a look at the following chart. Less than a year ago, on October 2, 2019, the entire online brokerage industry plunged. This was after SCHW announced it would be eliminating commissions on U.S. equities, ETFs, and even options. Good for its clients… but not great for its investors. Not in the near-term anyway…

Others were forced to follow suit. And the sector still hasn’t recovered.

In just one October day, SCHW and IBRK lost 9% each… TD Ameritrade Holding (AMTD) lost 26%… and E*Trade (ETFC) lost 16%. While AMP was also hit, it was by the smallest margin of the group.

The market selloff earlier this year further punished discount brokers… and the subsequent rally did little to bring them back to life. SCHW is now down 18.7% year over year (YoY)… IBRK lost 1%… AMTD is down more than 27%… and while ETFC is up 10%, that is only because it’s being acquired.

The stock is up 13.6% YoY—much better than the discount sector (and better even than the market, which is up 11.6% over the same time period).

AMP has massively outperformed the rest of its peers as well.

The Financial Sector Select SPDR (XLF), which contains all of the nation’s leading banks and brokerages, have plunged 12.9%  YoY (as of the end of July). Meanwhile, AMP is up 13.6%.

And from January 1–July 31, AMP has outperformed its financial peers as well, down less than 8% compared to the sector’s 22% decline.

Clearly, AMP is doing something right…

Three reasons AMP will benefit in this market environment

Today, the times are tough for everybody.

But this market, with its unprecedented plunge and subsequent recovery, is confusing many people. That in turn drives interest in financial planning and professional asset management services.

And, as the entire generation of do-it-yourself investors gets older, it presents another growing market. Ameriprise’s corporate presentation shows its target market, together with some important characteristics of its client base.

Within the opportunity, we are focused on the Responsible Mindset

All of these needs are being served by branded advisors, who are compensated for growing their asset base.

About 90% of the company’s advisory revenue is fee-based. This might sound less appealing than when advisors are compensated for their performance only… But clients don’t seem to be deterred by this fee-based model.

And for AMP investors, this is a very attractive quality.

In the second quarter 2020 (Q2), total client assets were up 4% to $630 billion… And nearly $5 billion flew into so-called “wrap accounts”—accounts that earn recurring, fee-based revenues. Growth in wrap accounts is a big positive, as these recurring revenues don’t depend on the Fed or market action.

Client base growth is another data point to watch. The larger the company’s client base, the stronger its business… and the more assets it will attain in the future. Deterioration of that client growth metric spells trouble for the company’s outlook.

Each Ameriprise advisor now generates $669,000 in average annual operating revenue, up 5% from a year ago, and 30% from five years ago. Part of that revenue originates from traditional brokerage activity… but most is generated by management fees—a highly desirable, recurring revenue source.

A third metric to watch: new advisor acquisition and recruitment.

When an established financial consultant or money manager joins Ameriprise, their clients come with them. It’s an effective way to grow assets, as well as to compete with other financial firms. Advisory growth helps grow AMP’s managed accounts, mutual funds, annuities and its banking services…

In Q2, the company hired 75 new brokers—although advisor retention declined 2% from the same period in 2019, to 90.9%. Other money managers might have poached those advisors… or they may have wanted to reestablish their own practice.

Whatever the reason, advisor growth is paramount for AMP’s future success… This is why I’ll be watching this metric going forward.

But so far, so good. In fact, AMP hiked its dividend by 7% just this May… despite the market selloff and widespread dividend-cutting action.

Since the 2005 spinoff, the company has been committed to returning cash to shareholders, via dividends and share buybacks. This latest increase puts the quarterly dividend at $1.04 per share, for a forward yield of 2.7%.

At the same time it raised its dividend, AMP announced that, out of caution, it would temporarily be suspending share buybacks… Now, less than three months later, the company has already resumed its share repurchase program. In Q2, AMP returned $382 million to shareholders with 1.7 million repurchased shares.

That ability to pay a higher dividend and buy back shares is why I like AMP shares in this environment. When a company hikes its dividend and restores its buyback program, it signals strength and confidence… but when it does so in a very difficult economy and uncertain market, it conveys significant business strength. And strong companies are exactly what we need to own going forward.

Moreover, AMP has a significant tailwind: With the 2019 passage of a new retirement law, the Setting Every Community Up for Retirement Enhancement (SECURE) Act, we’ll see significant changes in the way retirement savings can be earned… and spent.

Thanks to the SECURE Act, whole life insurance policies (i.e. policies containing an investment component) are back in focus because of their preferential tax treatment for inherited accounts.

In a nutshell, the SECURE Act has expanded the range of products used for retirement accounts…

AMP, with its insurance and IRA businesses—is set to benefit.

Of course, as an asset manager, AMP’s profits could be vulnerable to market action. A selloff could lead to client redemptions and decline in assets under management.

But it’s a great bet on relative market strength… and, as we’ve seen with its May dividend hike, AMP can grow even during the toughest times.

In sum, I expect AMP to generate a growing dividend for years to come… in addition to share price gains. Plus, AMP could easily become an acquisition target itself for a big bank looking to expand its asset management business.

Action to take: Buy a full position in Ameriprise Financial (AMP) up to $170 per share for capital market leverage, industry-leading positioning, future growth potential, and a 2.7% dividend yield.

In this issue:
WAIT!